Gibraltar’s great fortified wall has more history associated with it than most other walled cities or towns in western Europe. The wall and its defensive Bastions still stands today amidst the expansion of the modern city. The wall represents over 800 years of Moorish, Spanish and British history.

The three photographs below show sections of the 8 metre long model of Gibraltar constructed in 1865, now housed in the museum. They are the best way of getting a clear view of the walls which are still intact today despite the expansion of the modern town around them. Extensive reclamation of land during the 20th century has pushed back the sea, many new buildings obscure the walls, however, visitors can still easily walk along the entire route of the walls. We have LETTERED the photographs in a sequence which would provide a good walking tour.

The walls extend further along the coast to the south but viewing becomes more difficult. These southerly walls are more modern, dating to late 19th century and early 20th century.

Visit Gibraltar and enjoy its historical buildings. Rent your holiday apartment with GibraltarHolidays.com. Find the best short lettings in Gibraltar at the lowest prices. 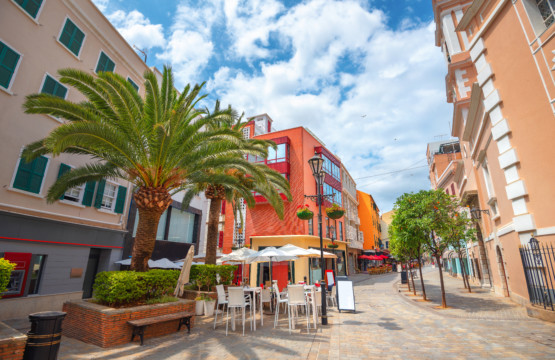