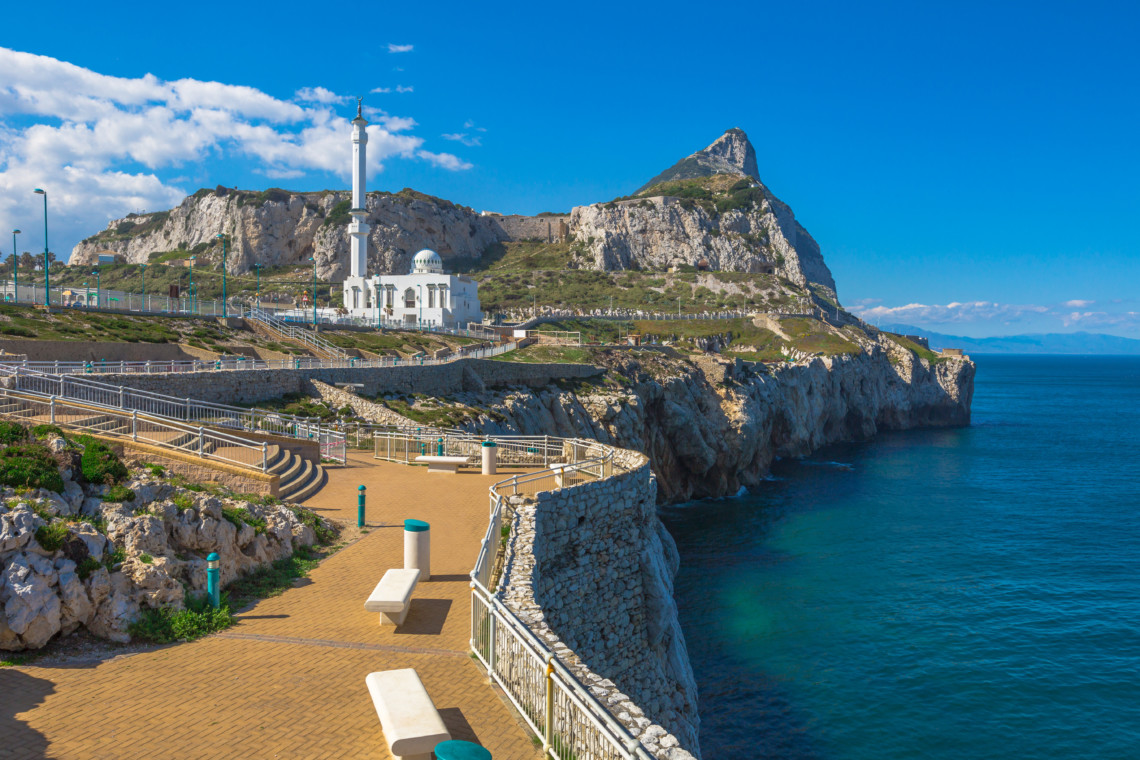 Several of Gibraltars key historical sites are found in this area such as the 100 Ton Gun, Parson’s Lodge and the bay where Admiral Lord Nelson’s body was brought ashore when his damaged flagship, HMS Victory, was towed there after the Battle of Trafalgar. At the southern tip of Gibraltar you will find the Europa Point Lighthouse and the Ibrahim-al-Ibrahim Mosque.

This is shown on the map for reference only. You can learn more about the cable car by visiting the Upper Rock Nature Reserve section of this website.

Gibraltar’s botanic gardens were first created in 1816 as a place of tranquillity for the public and members of the garrison to stroll in peace. Now, plants from all over the world can be found in the gardens.

This exhibit presents the Victorian 100 ton supergun. In a well maintained complex of rooms you will find excellent information and artefacts relating to the period. The location is also known as Nelson’s Anchorage due to its view across Rosia Bay where HMS Victory was anchored after the Battle of Trafalgar with the body of Admiral Lord Nelson onboard.

Rising above the cliff at Camp Bay is one of Gibraltar’s most impressive batteries. A number of well maintained features of the site make it a valuable source of information to military historians. There is a small labyrinth of tunnels which have seen many configurations of guns over the years. Please note, this site is not open to the public.

A recent addition to the area in 1997, the Mosque is an impressive building which was a gift from King Fahad Al-Saud of Saudi Arabia.

This is the southern tip of Gibraltar which has unrestricted views across to Africa. The area is a small plateau with sheer cliffs on the east side. The Windmill Hill fortifications and southern ridge batteries can be clearly seen from this point. The Europa Point Lighthouse is the main historical feature at the point.

The Moorish Castle was originally a…

The exhibition is housed in a collection of buildings, built by the British, which date back to the beginning of the 18th…

Tunnelling has a long history in Gibraltar. There are over 30 miles of tunnels within the Rock creating a fortress within a…